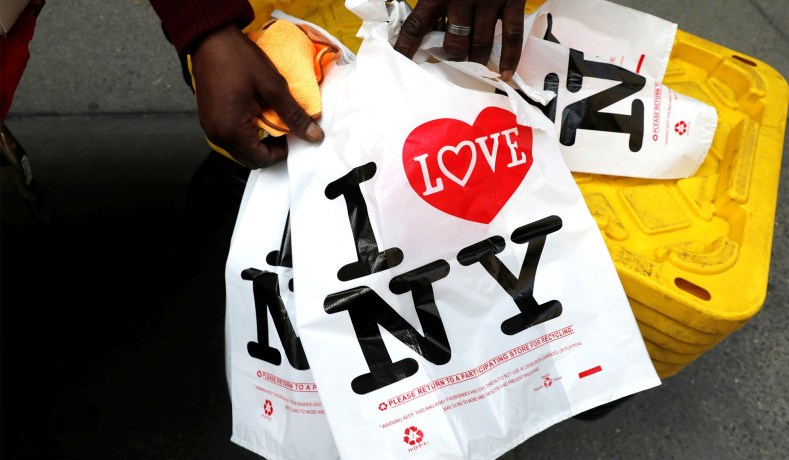 The final report states “Throughout New York State, plastic bags have become a ubiquitous sight on the landscape. They can be seen stuck in trees, as litter in our neighborhoods, floating in our waterways and as a general aesthetic eyesore of our environment. Single-use plastic bags are a detriment to the health of communities and the environment alike.”

With this ban in action, New York would be considered the third state to eliminate the use of plastic bags after Hawaii and California. Cities and counties will be able to charge a 5 cent fee per single paper bag use that will go towards The Environmental Protection Fund and reusable bags distribution.

Mahershala Ali will be Marvel’s next ‘Blade’ in a reboot

El Chapo sentenced to life in prison to pay $12.6 billion

Tamim bin Hamad of Qatar mocked by an American artist

The Trailer for ‘Jumanji: The Next Level’ is HERE!

DualSense is the video game controller for PlayStation 5. Here's what...