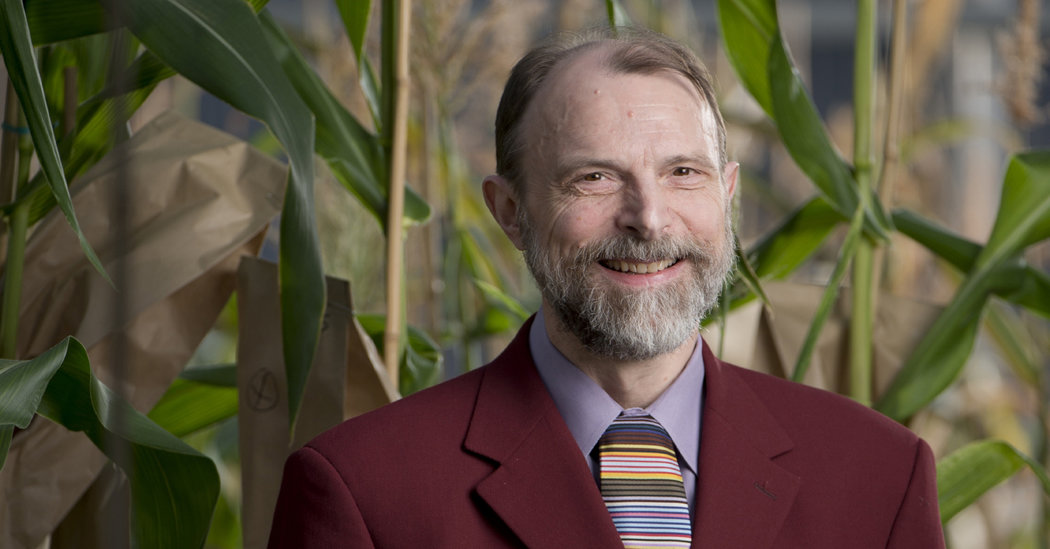 Joachim Messing, a pioneer of DNA sequencing whose techniques enabled scientists to study the building blocks of viruses, improve the yield of crop plants and understand the development of cancer in humans, died on Sept. 13 at his home in Somerset, N.J. He was 73.

His death was confirmed by his son, Simon, who said an autopsy report was inconclusive about the cause. At his death, Dr. Messing was the director of the Waksman Institute of Microbiology at Rutgers University in New Jersey.

Dr. Messing, whose family and friends referred to him simply as Jo (pronounced yoh), became known in the scientific community for developing what is known as shotgun sequencing of DNA.

That method involves breaking up long strands of DNA into hundreds of small fragments to determine the order of the four chemical building blocks of the molecule. These building blocks — known as DNA “bases” and represented by the letters A, C, G and T — tell scientists about the genetic information stored in each fragment.

Because shotgun sequencing bypasses several steps used in older methods of sequencing, like the one Frederick Sanger introduced in 1977 for mapping DNA one base at a time, Dr. Messing’s technique was able to decode genetic information much faster than before. It also enabled researchers to start tackling larger and more complex genomes.

Dr. Messing spearheaded several big sequencing initiatives, projects that contributed to the understanding of the genetics of corn, rice, sorghum and other crops. His findings helped scientists engineer varieties of corn with higher levels of the amino acids lysine and methionine, essential building blocks of proteins that people can get only from their diet. Other studies led to the development of crops that were more pest-resistant or were resilient in droughtlike conditions.

However, Dr. Messing did not patent his work.

“Jo’s approach to the development of his DNA sequencing tools was to spread them freely and widely,” said Robert Goodman, the executive dean of agriculture and natural resources at Rutgers. “He was an incredibly generous man.”

Joachim Wilhelm Messing was born on Sept. 10, 1946, in Duisburg, Germany, to Heinrich and Martha (Pfeifer) Messing. His father was a mason and had expected Jo to take over the family business when he grew up. His mother was more supportive of his decision to pursue science.

He decided to study pharmacy as an undergraduate at the Heinrich Heine University of Düsseldorf because the curriculum, to his great satisfaction, covered a broad range of subjects — particularly how plants produce chemicals used in treating disease. He paid for his education by working by day as an apprentice at a Duisburg pharmacy and by night helping out at the opera company across the street, a job that allowed him to indulge his interest in the arts.

After earning a bachelor’s degree in 1968, he went on to get a master’s in pharmacy from the Free University of Berlin in 1971. But, always interested in biochemistry, he pursued a doctorate in that field at the Ludwig Maximilian University of Munich. There he turned his attention to studying DNA on the advice of the Nobel laureate Feodor Lynen, who had been recognized for his research on cholesterol and fatty acid metabolism.

Scientists had long known that DNA replication was the process by which cells pass on the instructions needed for carrying out all the functions of a living organism. The process requires an enzyme called DNA polymerase, as well as some sort of primer that provides the starting point for replication. While still a graduate student, Dr. Messing demonstrated that this primer is a piece of RNA that is complementary to the DNA that needs to be replicated.

In 1974, he attended a conference at which Dr. Sanger presented early work on mapping the sequence of the DNA strand in a virus. (Dr. Sanger had won one Nobel Prize and would go on to earn a second.) Dr. Messing thought the process could be accelerated by cloning DNA and sequencing different chunks of it in parallel. He spent the next few years, including his research fellowship at the Max Planck Institute of Biochemistry in Munich, developing a suitable method for cloning genetic information.

When he moved to the United States in 1978, Dr. Messing continued to work on his method for improving DNA sequencing. His first major success with shotgun sequencing came in 1981. Together with a team of biologists from the University of California, Davis, he was able to sequence the genome of the cauliflower mosaic virus.

Once he had the tools to unlock complex genetic information, Dr. Messing moved on to studying food crops. “He was drawn to the utility of improving food crops,” Dr. Goodman said, “rather than playing around with model plants.”

Other scientists used the shotgun sequencing technique in the Human Genome Project to identify approximately 20,000 genes in humans. Automation and further iterations of shotgun sequencing also allowed researchers to develop drugs targeting faulty proteins encoded by certain genes, and even helped them profile the genetic makeup of various tumors.

Dr. Messing was recruited to the Waksman Institute at Rutgers as research director in 1985. He was promoted to director shortly afterward.

In addition to his son, Dr. Messing is survived by his wife, Rita (Stremmer) Messing; a sister, Angelika; and three grandchildren.

Among his professional honors, Dr. Messing was inducted into the Academy of Sciences Leopoldina (Germany’s national academy of sciences) in 2007 and the National Academy of Sciences in the United States in 2015. He was also awarded the Wolf Prize in Agriculture, given by the Wolf Foundation in Israel, in 2013.

Besides continuing to lead an active research lab until his death, Dr. Messing remained devoted to opera. He and his wife held season tickets to the Metropolitan Opera in New York for several years. Occasionally, Simon Messing said, his father would let him go, too.

Get ready for a new era of personalized entertainment

Is Bran the Night King? Could be!

Break down of the Amazon rainforest fires