Justrends
Home ENTERTAINMENT What To Watch Now That Game Of Thrones Is Over? We Have... 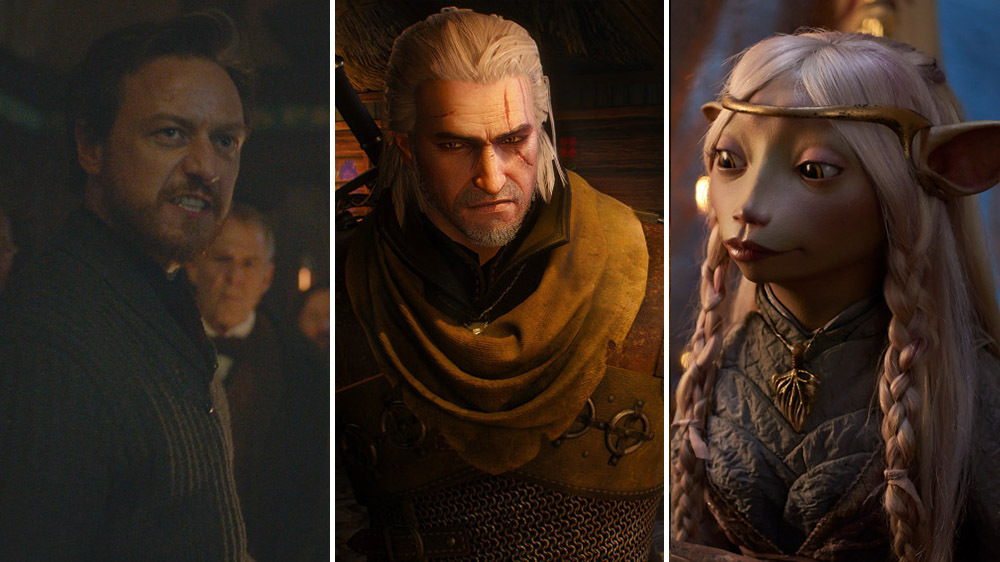 Now that “Game of Thrones” is over, your Sunday night routine is ruined. You are in denial, withdrawal is kicking in. You don’t know what to watch next. Lucky for you, we have just the answer! Here are some TV shows filled with magic, monsters and mighty heroes in the works that might have a shot at filling the “Game of Thrones” void.

“His Dark Materials” – HBO/BBC One

The HBO adaptation of Philip Pullman’s book series full of daemons and parallel universes premieres late 2019, with second season already ordered. “Logan” breakout star Dafne Keen plays Lyra Belacqua, a multiverse traveler along with Lord Asriel (James McAvoy) and Pantalaimon, her personal daemon, a creature that can bond to a child and take the form of an animal that represents her inner being. Lin-Manuel Miranda, Ruth Wilson, and James Cosmo round out the cast of the fantastical, coming-of-age tale.

Henry Cavill will ditch the Superman cape and “Mission: Impossible” mustache to take up the steel and silver swords of Geralt of Rivia. The white-haired monster hunter with yellow cat-eyes slays beasts for gold across the Continent using his magical witcher powers. However, Geralt is one of the last of his kind, and most people don’t take kindly to witchers. His stories span Polish writer Andrzej Sapkowski’s novels and can be played through in the video game trilogy of the same name. The Netflix series is set to debut sometime this fall.

“The Lord of the Rings” – Amazon

Jeff Bezos must be a diehard fan of “Lord of the Rings” because Amazon shelled out $250 million to buy the TV rights to the seminal fantasy series by J.R.R. Tolkien, making it the most expensive show in history. Details are scarce, but the contract required a five-year commitment and for production to begin in two years, so it’s likely to debut in 2021. Like the “Game of Thrones” spinoffs, the series will use the prequel approach and take place thousands of years before the events of the books and films, during the Second Age when Sauron forged the One Ring. Expect to see some Middle Earth denizens, like hobbits, elves, and dwarves, plus evil creatures lurking around Mordor, like orcs, trolls and Uruk-hai.

“The Chronicles of Narnia” – Netflix

C.S. Lewis’ septology has been made into TV shows, movies and even a musical, but this will be the first time a single company has the rights to adapt the entire series. The first book, “The Lion, the Witch and the Wardrobe,” introduced fans to the Pevensies, four youngsters who discover a gateway to the magical world run by Aslan, a talking lion, who needs help fending off the White Witch. The novels span a long stretch of time, so characters like Mr. Tumnus, Prince Caspian and Eustace Scrubb could make it into the show.

The Showtime fantasy series could set itself apart by featuring musical numbers along with its magical adventures. The Patrick Rothfuss books follow a hero named Kvothe, who’s a talented lute player and student of arcane magic. One timeline depicts his early exploits in the fantasy land of Temerant, and another shows him many years later as a world-famous musician recounting his tales as a retired innkeeper. Lionsgate has plans to adapt the novels into a series with “Hamilton” creator Lin-Manuel Miranda as an executive producer, a film directed by Sam Raimi and a video game.

“The Wheel of Time” – Amazon

Beginning production this fall, Amazon has a series based on the late Robert Jordan’s “The Wheel of Time” books, the best-selling high fantasy series since “The Lord of the Rings.” The novels follow Moiraine, a member of a powerful, all-women organization called the Aes Sedai, who finds five young people who could be the Dragon Reborn, a reincarnation of humanity’s savior or destroyer. Traveling the world, the group must use their magical Talents to stop evil factions from exploiting whichever one of them is the prophesied being.

'Quarantine 15' is the new 'freshman 15,' people joke-gripe online – after they raid the fridge

I haven't killed my quarantine garden … yet. Here's what I wish I'd known before I started.

My kids eat all the time! Americans save money on childcare,...