When Justin Bieber and Ariana Grande performed “Sorry” on stage at the Coachella Festival Sunday night, there was little doubt in anyone’s mind about whether it was completely live, especially after both made a point of mentioning that he’d showed up with no intention of performing and there’d been no rehearsal. Fans were forgiving, at the very least, to see Bieber on stage for the first time in two years, and non-fans… well, it’s safe to say he came up for some ridicule.

Both of them have taken to Twitter to speak out about the jokes, particularly in light of a segment on E! that poked fun at the apparent lip-sync.

Addressing the host of the E! show “Nightly Pop,” Morgan Stewart, Bieber wrote, “Imagine if you spent even half the time you spend laughing at other people’s expense actually building people up and encouraging people, how much positivity you could bring. What hurts about this is the fact that you have a platform to make a difference… And rather than being positive you belittle people. Think about how awesome it felt for me to be on that stage after being away for so long the excitement and joy it gave me doing the thing i love the most, i sang to to backtrack like most cameos do this is a normal thing.”

Ariana responded to Bieber’s tweet: “We also decided to do this ten minutes before my set started. we had 0 soundcheck, 0 rehearsal. u were singing with the back tracking like most cameos do. people are bored. people don’t know how it feels to be under such scrutiny. the world was happy to have u on stage again. … your fans, friends & the world is thrilled to have you back. everyone was so happy to see u smile like that. no one will ever understand how it feels to be u, but it’s not their job to. take care. make music. u are loved. p.s. everyone in that video will b streaming,” she added, presumably referring to the “Nightly Pop” panelists.

The previous weekend, Nicki Minaj’s guest rap during Grande’s set was marred by audio dropouts that many observers believed were related to matching live performance with pre-recorded elements. 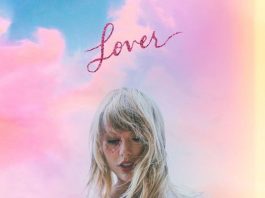 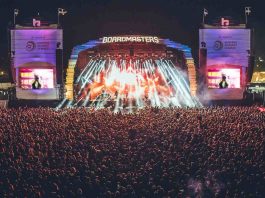 Boardmasters Festival is canceled because of the weather