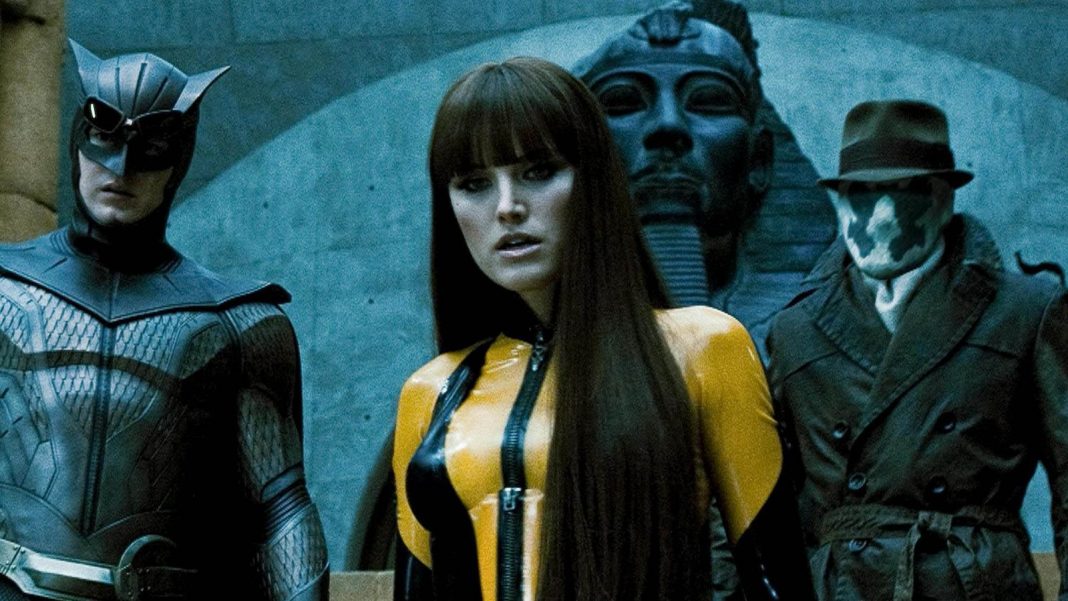 Next week, Game of Thrones will end, leaving HBO without its most recent crown jewel. There won’t ever be a TV series quite like GOT, but that doesn’t mean the premium cable network won’t try to make one.

We already know HBO has a number of Game of Thrones spinoff shows (not that it wants you to call them that) in various stages of development. But it’s doubtful that any such spinoff would be nearly as successful as the series that spawned it.

In fact, the project with the most potential to fill the Thrones-sized void in HBO’s programming may take place outside of Westeros. Watchmen is something else entirely—wildly different in plot, setting, and scope, but with many of the inherent ingredients that helped make Game of Thrones such a global phenomenon.

Based on the 1980s graphic novel by Alan Moore, Watchmen posits an alternate world in which superheroes exist, but are outlawed and treated like vigilantes. The original comic took place during the Cold War; HBO’s adaptation looks like it exists in the modern day, continuing the story as a quasi-sequel and updating it for the social and political ills that plague 2019. Lost and The Leftovers creator Damon Lindelof is spearheading the effort and has called the series a contemporary “remix” of Moore’s work.

It’s unclear precisely how the HBO series connects to the original, but a trailer released this week provides some clues.

It appears as though a masked cult—almost an amalgamation of the American alt-right, Anonymous, and Infowars—has sprung up to worship at the altar of Rorschach, a vigilante from the original Watchmen known for his famous inkblot mask and Randian, right-wing moral absolutist philosophy.

Aside from its timely political underpinnings, the HBO series includes several other prerequisites that make it as good a candidate as any to be “the next Game of Thrones”:

Most important, like Game of Thrones, Watchmen exists at the intersection of geekdom and mainstream culture: It’s nerdy enough to command a dedicated cult following but accessible enough to appeal to other audiences. It is about superheroes after all, even if Moore’s story sought to satirize rather than glorify them.

Watchmen also boasts something that Thrones never could: a (relatively) diverse cast and production staff. The lead of the series (Regina King) is a black woman. Two of the four directors listed so far on IMDB for the show’s first season are women, one of whom shot the pilot and is also an executive producer.

If Watchmen doesn’t quite live up to the hype, HBO does have other promising projects coming up, including a drama-horror series produced by Jordan Peele and an adaptation of Philip Pullman’s fantasy series His Dark Materials. The prestige network doesn’t necessarily need a GOT-sized success to thrive; it managed just fine before the fantasy drama came along in 2011.

But with Netflix not going anywhere, and Apple looking to compete directly with HBO for the premium-TV crown, it would behoove HBO to create the next can’t-miss water-cooler series. The network has already met many of the challenges presented by the future of television, but it has not yet had to do so without Game of Thrones. Watchmen represents what will be HBO’s first—and maybe its best—attempt to catch lightning in a bottle after the Thrones game is over.

'It's not about the First Amendment': Trump family lawyer argues to block Mary Trump's book

Lashana Lynch is the new Agent 007 in James Bond

Macy's Black Friday in July sale has arrived—here are all the...