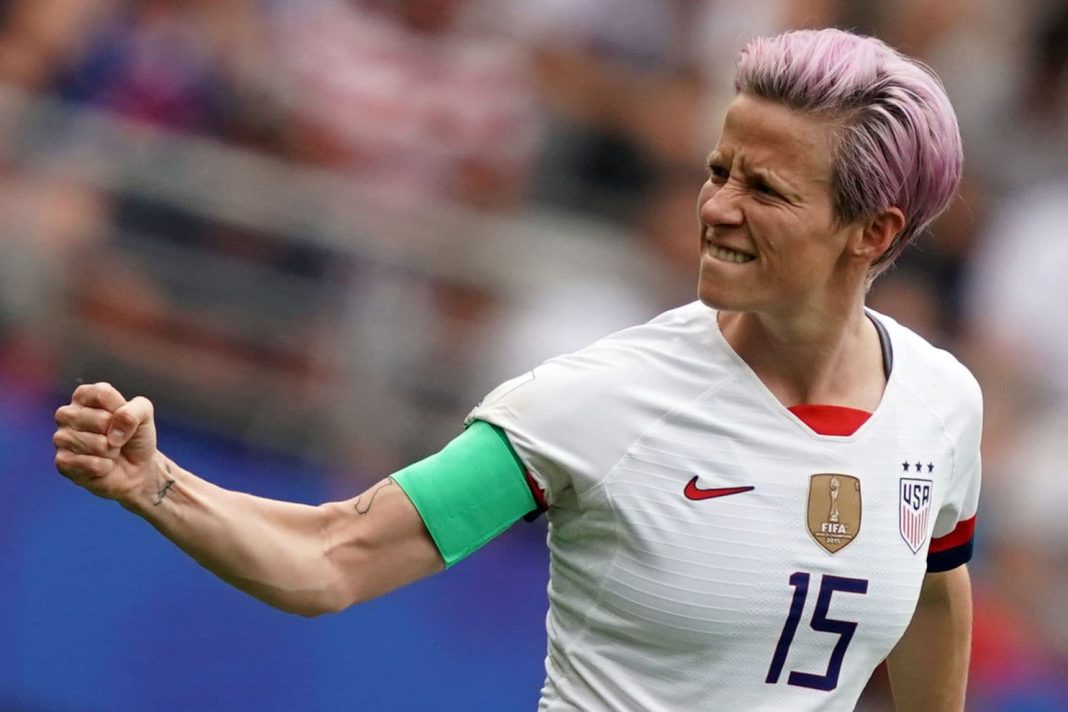 Megan Rapinoe is a 33-year-old American professional soccer player who plays for and captains Reign FC in the National Women’s Soccer League. She blatantly admitted to having no interest in visiting President Trump at the White House if her team wins the Women’s World Cup.

She has been involved in legal challenges demanding equal pay for female soccer players. And last June, she and WNBA star Sue Bird became the first openly gay couple to appear on the cover of ESPN’s iconic body issue.

Rapinoe has declined to sing the national anthem that has played throughout the Women’s World Cup and has stood with her hands at her hand at her side instead of over her heart.

She stated in interview clips from Eight by Eight, she scoffs “I’m not going to the f— White House,” when she was asked about her excitement,“We’re not gonna be invited,” she added. “I doubt it.”

In the physical print, “[Trump] tries to avoid inviting a team that might decline,” she said. “Or, like he did when the (NBA’s Golden State) Warriors turned him down (in 2017), he’ll claim they hadn’t been invited in the first place.”

Most people argue that her actions are wrong, because it’s about the country. It’s not about her dislike of President Trump.

Chance The Rapper debut album ‘The Big Day’ is here!

Deep-sea fish have super vision to cope with abyssal darkness