Justrends
Home EXPLORATION The World’s Only White Giraffe is Pregnant! 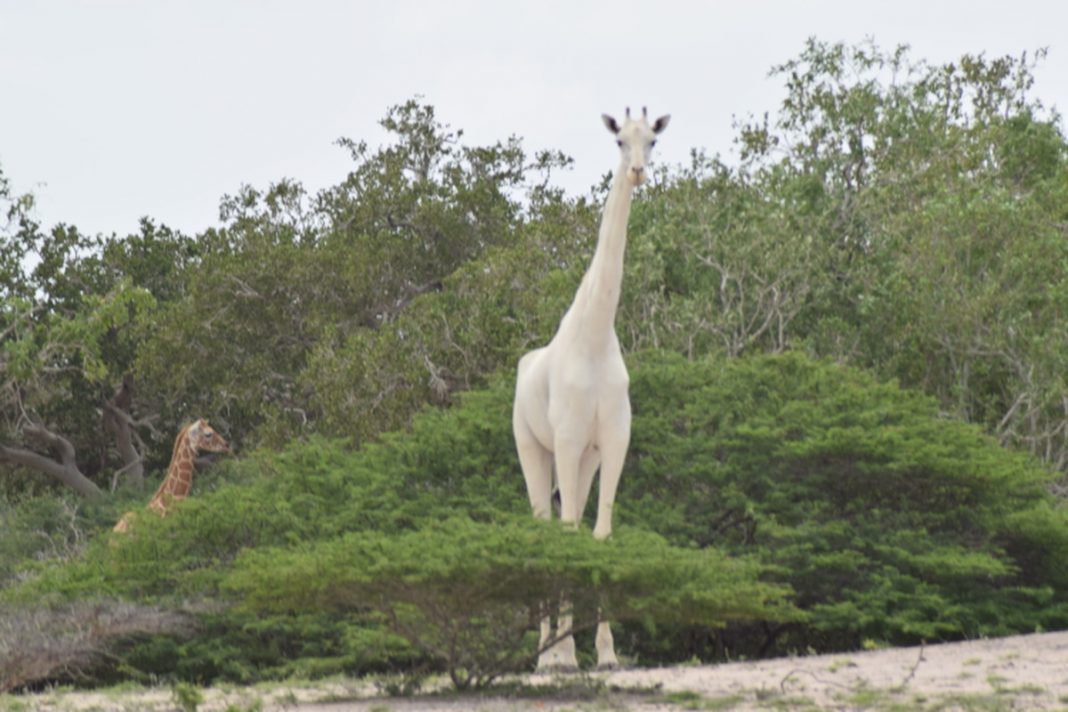 The white giraffe is based in Ilshaqbini Hirola Sanctuary, Ijara Sub-county in Garissa is the only one of it’s kind in the world. The Kenya Wildlife Service has announced the happy on Twitter.

The tweet goes “Did you know that the Ishaqbini Hirola Sanctuary, located in Ijara sub-county, Garissa county, is home to both the critically endangered Hirola Antelope & the only white giraffe in the world?”

They went on and said “Having birthed a male calf in Feb 2017, mama giraffe is again expectant 😍”

Although some people might call it an albino, this giraffe suffers from a condition by the name of leucism. This blocks skin cells from producing pigment but allows other organs to have pigment, like the eyes. This causes unwanted attention from other animals

When giraffes are born with this disease, they’re targeted by hyenas and lions, so they usually don’t live above six months.

Scientists Believe Black Holes Could Be Portals to Other Galaxies

Black people are overwhelmingly dying from coronavirus in cities across the...